A hunter with an uncanny knack. A thief who knows where an ancient, impenetrable tomb lies. An old man teaching forbidden fighting skills to a group of street waifs. A young woman who knows magic is a fake, ‘cos it’s never ever worked when she’s been there. A young boy who can mimic anything he sees. And the city of Darien: ruled by 12 families, each with their own ancient artifact to protect the city – from invaders, and from themselves.

Conn Iggulden is well known as a writer of historical fiction, which comes with such rave reviews that I’ve been meaning to read some of his work for years. So, when NetGalley had a copy of his new foray into fantasy fiction, I jumped at the chance!

The best bit about this book for me was the sheer multitude of ideas, different forms of magic and magical skills. The downside was therefore how little time we get to spend with each of them, following at least three main plot threads as they inexorably pull towards an explosive meeting.

Thankfully, this is the first in a series – there is so much more to discover about Darien, its ruling families, the Empire of Salt, and of course all of these characters we’ve barely met in this first instalment. While the story is brought to a satisfying conclusion, it still feels like we’ve barely scratched the surface of something so much bigger, and there are far more areas to be explored still. Colour me intrigued to see where the rest of the series might take us. 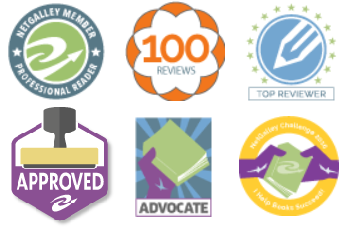